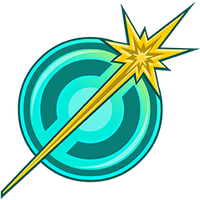 The Last Light Consortium (LLC) is one of the main five factions in the world of Battleborn.

The mostly-cybernetic LLC is the greatest economic power left in the universe, defined by a relentless pursuit of profit, no matter the cost. Once a constituent body of the United Peacekeeping Republics, the LLC abandoned the coalition when it became clear that principles and purpose did little to contribute to the bottom line. Owns and operates Minion Robotics, the largest weapons manufacturer still standing.[1]

The LLC are the aristocratic merchant class of the galaxy at the end of the universe. They are the money and manufacturing arm of …well, everything that is left. They are makers, and bankers, and entertainers, and traders, and sellers, and inventors, and war profiteers.

The LLC are comprised of dozens of guilds and corporations -- with the most notable of these being Minion Robotics. In a universe where combatants are running low, Minion Robotics positioned itself to become the “premier provider of custom-built – and cost effective – war machines for every need in the modern military campaign.” They have become the dominant, if not monopolistic, crafter of death-dealing droids, ships, and weapons. Their products (including minions, sentries, and buildable battlefield augmentations) are in high demand from every corner of the rapidly-shrinking universe.

Minion Robotics has been around for nearly 500 years, and for most of that time was led by the Magnus CEO, ISIC. During the Great Severance, ISIC left Minion Robotics to seek other “interests.” For a brief stint, the CTO of Minion Robotics, Gunnar Kleese, took over as CEO. Well, at least for a few hours until it became painfully apparent that no human could perform the complex administration needed for optimal efficiency.

For many years, the LLC was run by a trade-specialist artificial intelligence, known as the Magna Carta. It officiated all of the trade compacts and agreements for the faction. To join the LLC required an established permanent link to the Magna Carta who administrated the position within the organization.

Profit, luxury, and invention are behind every LLC initiative. In fact, they are so incredibly wealthy that they value excessive demonstrations of that wealth, favoring overly-stylish design in every facet of daily living, from dress to their machines of war. It is the ultimate realization of corporate culture and unchecked capitalism – and, to them, it’s glorious.

Things that jeopardize their interests: Radical mysticism, uncontrolled theft, non-renewable markets, and impediments of bureaucracy…basically, anything that threatens boosts to quarterly revenues.

Oh, yes, and the end of the last star in the universe. 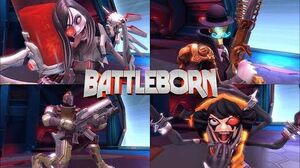 Retrieved from "https://battleborn.fandom.com/wiki/The_Last_Light_Consortium?oldid=17001"
Community content is available under CC-BY-SA unless otherwise noted.