In Meltdown, teams of heroes guide minion armies towards minion grinders originally located toward the map's center. Teams score appeasement points for every minion that successfully sacrifices itself in the incinerator. Two groups of five minions spawn at the base of each team with the larger one being worth more points (10) than the smaller ones (5). Players can also build MX Elite Bots at locations near the base. The main goal is to safely guide as many of your teams minions as you can and destroy as many of the enemy's minions as possible, preventing them from scoring. Minions will  focus mostly on opposing minions if they cross eachother's path but may also attack opposing players if provoked. Once a team has earned 250 points, their incinerator is moved to a different location closer to the enemy base, making the fight a little more difficult and even more dangerous than before. There are three maps for this mode. They are Paradise, Coldsnap, and Outskirts.

A few key tips to owning a Meltdown map, according to the Gearbox team: 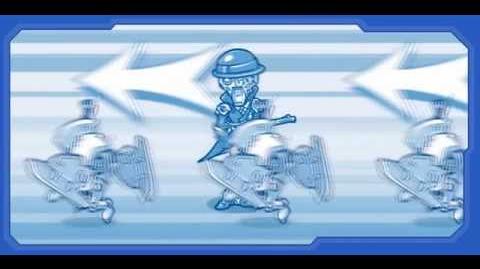 Retrieved from "https://battleborn.fandom.com/wiki/Meltdown?oldid=13119"
Community content is available under CC-BY-SA unless otherwise noted.